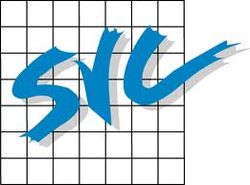 The Master thesis "Serial Verb Constructions in Mandarin Chinese" aims to disambiguate the different definitions and classifications of SVCs in Mandarin Chinese, as well as to explore their semantic properties through investigating the event structures of serial verbs.

This thesis is a data-driven project (using primary and secondary data). Its theoretical focus is to develop a syntactic and semantic taxonomy of serial verb constructions which reflects traditional Chinese approaches and Western approaches alike.

During data collection, secondary data in the form of Interlinear Glossed Texts from the general linguistic literature was stored in TypeCraft and then displayed on a TypeCraft wikipage. The annotated data has been collected on a TypeCraft Category page: Interlinear Glossed Text. All data is freely accessible and can be used for further research. Through clicking the link of the Chinese sentences on the Original Interlinear Glossed Text, one can access a more in-depth annotated version of the data. Re-annotations in order to make already existing data more accessible was part of the author's thesis project. A further part of the author's work is the creation of a small corpus of 118 sentences which can be accessed over the following page: SVC in Mandarin Chinese.

Similar to Complex Predicate (CP) [1] and Multiverb Construction(MVC)[2]], SVC refers to a construction consisting of two or more subject-sharing adjacent verbs or verbal phrases. Hence not only SVCs in different languages, but also SVCs within one language may have different features, and can be further divided into several sub-types.

Based on this classification, the thesis further explores the elements that influence the relationship between V1 and V2 by representing the event structure and argument structure of SVCs. The theoretical supports come from Vendler's (1957, 1967)[8] [9] and Dowty's (1979)[10] Event Structure Theory, Smith's (1997)[11] Aspect Theory (Grammatical Aspect and Lexical Aspect) and Smith's and others' Theta Role Theory [12] [13] [14]

The analysis of the data on TypeCraft shows that Mandarin SVCs process a rich event and argument structure. Shared subjects may play different thematic roles relative to the serialized verbs. Consider the following two examples:

送一本书给他
“send a book to him”

给他织了一件毛衣
“(I) have knitted a sweater for him”