Documenting Lule Sami is a pilot study for the in-depth manual annotation of written Lule Sami (for more information about the project itself see Annotation_of_representative_texts_from_Lule_Sami_-_An_NTNU_project). The study was conducted by Dorothee Beermann (see also About TypeCraft) at the Norwegian University of Science and Technology [1]. The project started in Mai 2008 and ended in December 2008. Under About Lule Sami you find a short introduction to the Lule Sami language; there you also find references to other relevant links about the Sami and their language.

Lule Sami is a morphologically rich, highly inflected and very often fusional language which makes its in-depth morpho-syntactic annotation an interesting, yet at the same time a difficult and very time-consuming task. None of the texts we have collected has been annotated before, and since Lule Sami is, with fewer than 1,500 speakers in Norway and Sweden, of which only a few speak Lule Sami as their first language, one of the highly endangered languages in Europe, it is important that efforts in documenting Lule Sami are made now.

Below we discuss some of the issues that were raised during the annotation process. 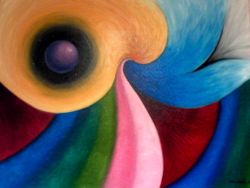 We would like to draw attention to the fact that most adjectives in Sami can function as nouns, as well as nouns can function as adjectives; therefore not always a specification [n. or adj.] is given after the word that expresses that this is an adjective or a noun.

An example of how we have annotated de-adjectival and other derivational lexemes comes from one of the texts from the TypeCraft database.

In the example below we annotate vuorra meaning old on the POS tier as N:

In the case of vuorro we in fact do find derivational morphology. The -s in vuorra-s [vuorrasa] marks the noun as derived. The -s is followed by case inflection. Clearly, the function of vuorra is that of a noun, and accordingly it has been inflected for case.

In general we will assign POS categories according to the function that a word has in a given context. On the glossing tier we will in addition indicate the word's derivation. For example in cases where the suffix -s reflects nominalization, we will provide the ADJ-> N tag in the gloss line.

Notice that we use the gloss tags ATT for attributive forms and PRED for predicative forms of the adjective. Some forms are equal morphologically, in this case we will only use the POS tier to indicate the adjective status.

V > N (Kristin): I think it is NOT enough to annotate V > N, V > V, etc. We should mark every derivation with what kind of N derivation it is. I have written something about it below:

In the phrase below the word for temptation is derived from the verb 'watch/look, which in LS is gähttjalibmáj. When we decompose this word we get: gæhttjat+V+TV+Der1+Der/l+V+Actio+Der2+Der/ibme+N+Sg+Ill

In descriptive Sami grammars the nominalizer li is called Actio. The nominalizer seems to be internally complex: -li- i gæhttja-li-t = subjunctive-FREQ

(Dorothee) At this point it is not clear which subtypes of nominalizing suffixes we should distinguish. Should we for example introduce NMLZ.actio and other subtypes of nominalizer. How useful would that be? Perhaps we should wait until we have a clearer overview over which categories are needed, and try to use the tags of the type V>N etc. for the time being.

In the phrase below we need the tag ADJ->V

(Kristin): It should be possible to note somewhere that verb(s) can be derived from adjectives. Maybe there should be one more level for derivations only? Also, the translation is of no help: while oahpás- is an ADJ in ATT form, known is a V in PERF.PART form. Translation gives us only sketchy semantics.

Why really should we use only PRON when the possessive is used attributive, but PRON.POSS when it is used as modifier?.

While annotating verb forms in Lule Sami we noticed that TypeCraft did not provide all the tags we needed. In the following we exemplify some of the verb forms, and discuss the right use of tags.

expresses: 'while'..., 'at the same time as'... Gerund I expresses the partial overlap of two events.

expresses: someone is doing something, or something is going on, or something has started but is not finished. The Gerund II is build through the use of the auxiliary liehke-t (to be).

sån la låhkå-min = he is reading

- used after the last vowel of a contract verb:

-me - used after the last vowel of an unpair-syllabic verb

Ex: sån la malesti-me (= he is cooking) (all examples from Spiik) (Kristin)

Also here we need two distinct tags to distinguish between

IMP.1 which expresses a direct order.

IMP.2 which expresses a strong wish or suggestion

In the gloss tier we need a tag for inchoative verbs. Here an example:

Phonologically inchoatives are marked by a fortification of the consonant cluster and lengthening of the last vowel in the stem.

The tag Vneg in the POS tier is needed. Please see the list of gloss tags Special:TypeCraft/GlossTags/

How should one annotate the suffix -tji in the above sentence. User:Kristin had suggested to use 'supinum'. The supinum is one of the infinite forms of LS next to the infinitive, the gerund, the participle and possibly others. In the examples above the suffix -tji was first annotated as supinum and the the -t as an infinitive marker, which did not make to much sense. User:Kristin then suggested that 'supinum' is tjit and as such an infinite marker. At present we have an annotation as shown in the example above.

The examples below illustrates the supinum

It seems that most instances of infinitives so far occur after modal verbs, yet here seems to be a different case:

We would like to mention that the supinum is characterised as a derivational suffix in descriptive grammars of LS. It is mentioned among the ordavledninger, the Norwegian word for word derivation.

Verbs in LS can either have a weak or a strong stem, so for example the verb wash which has two stem forms

the 1P, present tense is expressed as basá-v while the 1P past tense is bassi-v.

We will use the tag WEAK and STRONG to distinguish these two different types of verb stems.

According to grammars of LS - oahpásmuvvat takes ILL, but in the example sentence above it is used with a COMIT case. This leads to a change in meaning:

- muvva-t: used with ILL: the meaning is: get to know (people and concrete things), get accustomed to, get experience with, get familiar with.

(- tuvva-t used with COMIT the meaning is: learn to know). (Kristin)

In English (as in other languages too - but not so much in Norwegian..) it is quite normal to translate proper names, e.g. München > Munich, Firenze > Florence, København > Copenhagen, etc.

Lule Sami place names have been translated into Norwegian, such as:

Which one should it be?

(Kristin): I just talked with the employee at the museum at Arran who has the responsibility for the exibitions, Anne Kalstad Mikkelsen. She has checked the spelling of sáme with the Norvegian Sami Parliament. The Sami Parliament has decided that sáme is to be written Sami in English. So the museum has to follow this norm.

So - we should then follow the same norm! (Shouldn't we?)