Coincidence is when the located object is in contact with the reference object. 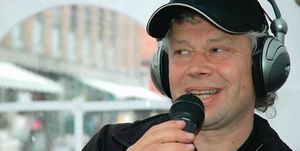 på lufta...
Some of the prepositions that indicate coincidence in Norwegian are 'på', 'inntil' and 'mot'. 'På' also indicates a relationship of superiority of the located object to the reference object, something that happens in many languages. If something indicates superiority, it will often also indicate coincidence. This has to do with the way gravity works. Things which are not supported from below happen to fall to the ground. 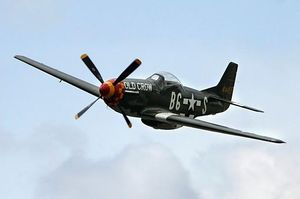 "Oppå" is a Norwegian preposition denoting coincidence and superiority as well. "Katten ligger oppå teppet", which means "the cat lies on the carpet". Here the located object is "katten" and the reference object is "teppet". The relation between them is that of coincidence, and we have a physical location. There is contact between the objects. 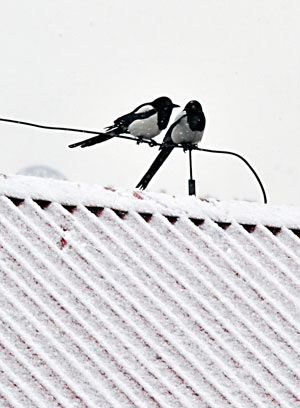 "På" can also be used abstractly for an object located in a concept. "Jenta tenker på ferieturen", which means "the girl is thinking of the holiday trip". Here we have a located object, the process of thinking. "På" expresses here what is on the girl`s mind.