This page makes part of the Speiderproject 2012-Language Documentation and e-information, developed at the Department of Language and Communication of NTNU

We have learned that well constructed corpora are not only a result of an in-depth linguistic analysis, but that they also can inform linguistic research. But in spite of a growing number of public language corpora, finding the information that is relevant to ones specific research purpose is still a challenge. When looking for linguistic information on the web, a lot can be found, yet standard search engines give us very general information peppered with information that is totally useless making search on the net also for a researcher often a waste time.

The beginning of our needs as linguists regarding to the current search technologies can be represented by the question: How does one get close to the pulse of agents that deal with language? Our answer is that for those, dealing with languages, what really matters is to gain direct access to linguistic data and to find easy ways to interpret this data. Therefore, in our project, we would like to show one possible way to provide users of language with the access to data they seek and the necessary insight to interpret this data.

This project is meant to show that results of linguistic research can be made interesting not only to other linguists, but also to language learners and lovers of language in a simple and direct way. Our intention is to provide direct access to part of our research data, in our project, but beyond that goal, we would like to focus on how we can make our data-driven research interesting and easy to grasp.

Then, we talk here about future expression in Brazilian_Portuguese (BP). We will look at the effect of language change on the use of the Future Tense, gathering valuable bibliographic and multimedia material on this topic.

The variability in the expression of future is a characteristic phenomenon of Romance languages. Besides in Portuguese, this phenomenon has been described for French, Italian and Spanish (Oliveira and Olinda 2008, p. 94). Linguists (Oliveira, 2006; Santos, 1997 and Silva, 2002 next to others) have identified at least four “default” forms conveying primary future meaning. These are the simple future, the future present, the ‘haver’ (be to) periphrasis and the ‘ir’ (go) periphrasis. Prescriptive grammars, until recently, only acknowledge the synthetic or simple future, yet diachronic studies of future expression in Brazilian Portuguese (Oliveira, 2006; Bastos, 2010; Poplack and Malvar, 2007) agree that the simple future is in the process of being substituted by the periphrastic forms, specially the ‘ir’ periphrasis and to a minor extent by the future present.

In the following you get a view of annotated data of these future forms, as well as audio and video samples of occurrences of these forms of expression in Brazilian music. The songs included here can also be seen in annotated corpus by clicking the link respective to each youtube video. 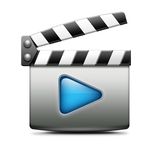 Caetano Veloso: Um índio (an Indian)
Viajarei a Paris.
“I will travel to Paris.”

By clicking the link on the caption of the figure, you will be redirected to a youtube video of the performance of Brazilian singer Caetano Veloso (http://www.caetanoveloso.com.br/) with the song "Um índio" (A native), that counts with several occurrences of simple future expressions.

The link: Um índio (Brazilian song) directs you to a page where you can find the lyrics of the song (with the simple future occurrences highlighted) and the same lyrics in an annotated corpus.

Viajo a Paris amanhã.
“I travel to Paris tomorrow”

Vou viajar a Paris.
“I am going to travel to Paris.”

By clicking the link at the caption of the figure on the side, you will be redirected to a Youtube video of a song in Brazilian Portuguese, that counts with English translation, and contains several occurrence of Periphrastic IR-future.

Periphrastic HAVER (to be) future

Haverei de viajar a Paris
“I will travel to Paris.”

About the occurrence rate in BP discourse

Oliveira (2006), when working with future expressions in Portuguese from a diachronic perspective reports that the simple future is less and less used in Portuguese discourse, both for formal and informal contexts. Following Poplack and Malvar’s (2007), the simple future has been substituted mainly by the analytic forms of ‘ir’ (go) + infinitive which nowadays can be used almost without any linguistic or social restrictions (Oliveira 2006, p. 194). Spearheaded is this change of course in spoken discourse. Oliveira says that simple future also in written discourse gives way to the periphrastic form ‘ir’+ infinitive'. According to the same studies, the second periphrastic form is almost never used in Brazilian Portuguese speech. See table for quantitative information:

The general forms of future expression in BP (simple future, future present, ir-periphrasis, and haver-periphrasis) are forms that convey “primary future meaning”. Besides these forms (presented in the last section), there are also other less usual forms of expressing future in BP. Generally, these forms are structures originally employed for the purpose of expressing other tenses, which represent other variants associated with a wide array of modalities such as, certainty, doubt, resolution, necessity and probability; and/or other contexts of use as, affirmative sentences, monosyllabic verbs, proximity in the future, and so on (Poplack and Malvar 2007, p. 123). Sometimes, these non default forms of BP future expressions can also be the result of syntactic loans that generate future meaning.

In this page, we will present only two of these non default forms of future expressions in BP. First, we examine the "gerundismo" phenomenon, a structure that was and still is very discussed among Brazilian scholars for its controversial nature. Then, we see the Future Present Progressives in BP, a little documented expression of future that has been treated as the topic of a master thesis at the Department of Language and Communication of NTNU.

The gerund forms in Portuguese are identified by the morpheme -ndo and are correspondent to English form -ing used for progressive constructions. They are ordinarily employed to indicate that something is happening at the precise moment of the utterance, or that the action is simultaneous to another action, as in:

The "gerundismo" consists in the extensive use of the progressive form, or gerund morpheme in BP. This structure is used instead of the canonical forms of future in BP in a try to add an immediate meaning to the future actions by the use of a original present structure plus a progressive morpheme. Some authors (Murphy, 2007 and Guimarães, 2010) explain the origins of this linguistic form, in a literal incorporation of the "be going to" forms from English.

There is kind of a prejudice against this structure in BP. It happens due to its exhaustive use by the call center employees to add immediate meaning to future actions. This way, they transmit to the hearer the impression that its complain or requirement is already being taken care, instead that his/her requirement will be taken care in the future. See comparison of examples below: 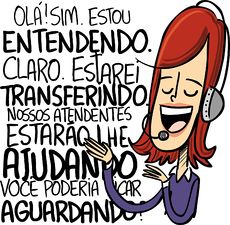 Because of this, BP speakers started to associate the use of this structure to the intention of deceiving someone with a kind of linguistic cheating classified by many speakers and scholar as bad Portuguese. On the other side, many other linguists argue this is a genuine linguistic borrowing (Anglicism) that has only been used extensively for a social group to fit its linguistic needs of indicating a very close future.

Be on the Net video

Following the link at the caption of the figure on your right, you will be redirected to a video of an advertisement the Brazilian national law against inefficiency on the call center services, that presents several occurrences of the "gerundismo" phenomenon.

Listen to this Brazilian Portuguese audio sample "O gato de Simon" at the time you visit the annotated database and the transcribed text for finding more BP gerund occurrences.

Go to the database for the annotated text

This complex is gaining in popularity in Brazilian_Portuguese as it results in a special kind of future reference. Following Murray (2007) and Copley (2002), we assume that the FPP is used when the speaker wishes to express that the action intended is not only a desire, but also a project that in some way has already started to happen. The use of FPPs implies that the preparation of the event is part of the process that will culminate on the realization of the action itself. In this way the speaker portrays the Present as the virtual start point of the process of doing something towards bringing the future event about (Murphy 2007). 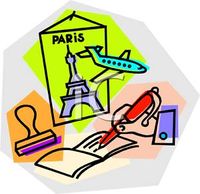 Based on Garcia (2010) and Cintra (2008) we assume that the FPP found its way into BP through English. Copley refers to this construction as a Futurate. Most of the Portuguese manuals disregard such forms. At most, they are briefly mentioned as in Mira Mateus et al's (2004) grammar book and Oliveira's (2006) work. These references mention the possibility of future reference through the use of the present progressive forms with no deeper examination of this complex. 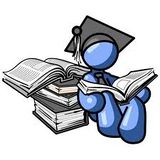 This database was assemble for the analysis made by Master student Franciane Rocha, at the Department of Language and Communication of NTNU. The title of the master thesis is '"Future Present Progressive in Brazilian Portuguese'" and a synopsis of this work can be found by clicking the following link: ROCHA, F. "Future Present Progressive in Brazilian Portuguese'".

This work investigates the relationship between lexical and grammatical aspect within the FPP constructions, and aims to find an explanation for the fact that some verbs are compatible to work in Brazilian Portuguese FPPs while other are forbidden, as in the data that follows:

Estamos nos mudando em duas semanas.
“We are moving in two weeks.”
*Estamos entendendo tudo semana que vem.
“We are understanding all on next week.”

A .pdf file with the whole text of this master's thesis will be uploaded to these pages soon.